Many researchers have studied the hearing status and auditory features of children with autism or autism spectrum disorders (ASDs). Ali A. Danesh (Florida Atlantic University, United States) described how abnormalities of the auditory system can result in hearing loss, tinnitus, and hyperacusis (Danesh & Kaf 2015). Additional auditory abnormalities may include inability to localize the source of a sound and difficulty understanding speech, particularly in noisy environments (Giraud et al. 1995; Danesh & Kaf 2015). Of these problems, hyperacusis is probably the most common. Unusual behaviors such as social avoidance and exaggerated covering of the ears are two common traits in the ASD population and these are a result of an emotional response to sounds via stimulation of the limbic system and the autonomic nervous system (Ecker et al. 2012; Abrams et al. 2013; Moller et al. 2005). This behavior suggests a defensive response to an obnoxious stimulus. When this behavior is exaggerated it manifests itself as hyperacusis. Previous studies have shown that hyperacusis occurs in 18% of individuals with autism (Rosenhall et al. 1999). Danesh et al. (2015) reported that 38 out of 55 patients (69%) with Asperger’s syndrome had hyperacusis and 19 (35%) had tinnitus. 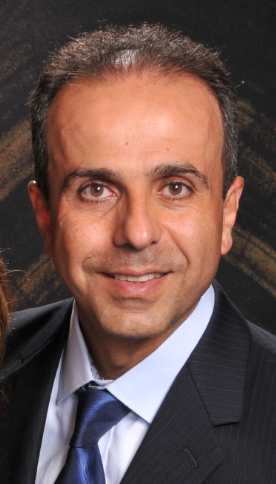 Hyperacusis could be a sign of auditory pathway problems or a sign of abnormalities in the limbic system (Gomes et al. 2004; Stiegler & Davis 2010). It has been suggested that the limbic system generates a negative emotional reaction to sounds and relays it to the auditory cortex. The auditory cortex in turn triggers the perception of the negative reaction, causing hyperacusis (Katzenell & Segal 2001; Nigam & Samuel 1994). However, clinicians should be aware that hyperacusis in the ASD population may originate from other and less expected factors. An imaging study on 14 subjects with ASD investigated the relationship between hypersensitivity to sound and superior semicircular canal dehiscence disorder (Thabet & Zaghloul 2013). This is a disorder where the bone between the superior semicircular canal and the cranial vault is very thin or absent and its incidence in the general population is about 2% (Carey et al. 2000). Remarkably, Thabet and Zaghloul (2013) reported that 29% of individuals with ASD combined with hypersensitivity to sound had superior semicircular canal dehiscence as revealed by CT imaging.

Some cases of hyperacusis may be linked to reduced effectiveness of the efferent pathways in the auditory system (Tyler et al. 2014). One aspect of the operation of the efferent system can be assessed by recording otoacoustic emissions (OAEs) with and without contralateral noise stimulation; this assesses the integrity of the medial olivo-cochlear bundle (MOCB) pathway (Giraud et al. 1995). It is well known that reduction of OAE responses by contralateral stimulation reflects the normal inhibitory function of the MOCB on the outer hair cells (Collet et al. 1992).Danesh and Kaf (2012) measured distortion-product OAE (DPOAE) amplitudes for children with autism and compared them with those for an age-matched control group. In the absence of noise, the DPOAEs amplitudes were reduced for the children with autism, suggesting cochlear dysfunction. When DPOAEs were recorded in the presence of contralateral noise, the suppression effect was weaker for the children with autism than for the control group, suggesting dysfunction of the MOCB. The findings of Danesh and Kaf (2012) may explain why many children with autism suffer from hypersensitivity to sounds and difficulty hearing in background noise, since the efferent system appears to play a role in the latter effect (Giraud et al. 1997).

A similar study Kaf and Danesh (2013) measured DPOAEs and contralateral suppression in children with Asperger’s Syndrome (N=18 males) and an age-matched control group. Interestingly, there was no significant difference in DPOAE amplitudes and contralateral suppression between the two groups. Comparison of the studies of Danesh and Kaf (2012) and Kaf and Danesh (2013) suggests that the diminished OAE suppression effect may provide neurophysiological evidence for reduced MOCB function mainly in children with low-functioning autism, but not in children with high-functioning autism.

Underconnectivity between voice-selective cortex and reward circuitry in children with autism.

Dehiscence or thinning of bone overlying the superior semicircular canal in a temporal bone survey.

Effects of contralateral white noise on click-evoked emissions in normal and sensorineural ears: towards an exploration of the medial olivocochlear system.

DPOAEs and contralateral acoustic stimulation and their link to sound hypersensitivity in children with autism.

Brain anatomy and its relationship to behavior in adults with autism spectrum disorder: a multicenter magnetic resonance imaging study.

Evidence of a medial olivocochlear involvement in contralateral suppression of otoacoustic emissions in humans.

Auditory hypersensitivity in children and teenagers with autistic spectrum disorder.

Are the non-classical auditory pathways involved in autism and PDD?

Focus on Autism and Other Developmental Disabilities, 25, 67-75.

A review of hyperacusis and future directions: part I. definitions and manifestations.