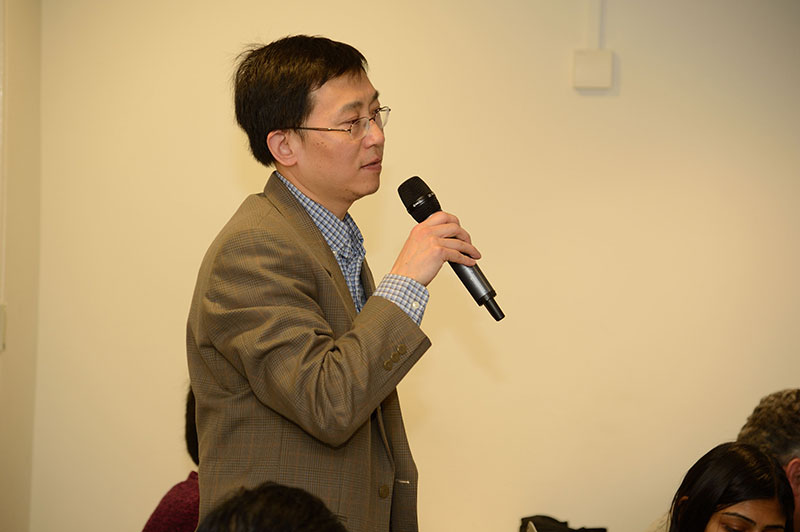 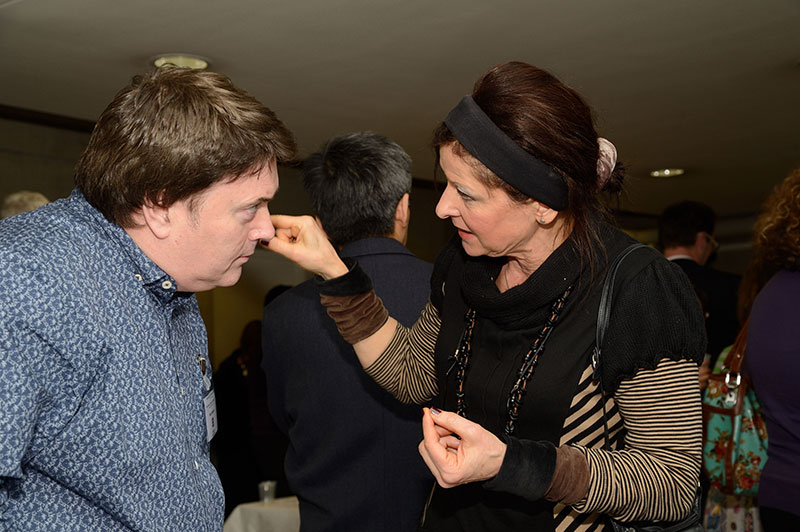 The mechanisms underlying hyperacusis are unknown. One possibility is that neurons that normally respond at higher sound levels begin to respond to sounds with lower levels, leading to the perception of increased loudness. Another possibility is that hyperacusis (as well as tinnitus) may result from increased neural synchrony and reorganization of the tonotopic map in the auditory cortex. Although there is limited evidence for increased brain activity in the auditory cortex of people with hyperacusis, there is a growing body of literature suggesting such changes in the brains of animals with salicylate-induced or noise-induced hearing loss (Eggermont 2012; Eggermont & Roberts 2004; Norena et al. 2002; Roberts et al. 2010; Sun et al. 2012; Sun et al. 2008). Behavioral experiments with these animals showed enhanced acoustic startle responses, which are assumed to be related to hyperacusis. However, the interpretation of the results of such animal experiments is difficult and it is not clear whether the observed neurophysiological changes are related to hearing loss, hyperacusis or tinnitus (Eggermont 2012).

Marlies Knipper (Department of Molecular Physiology of Hearing, Hearing Research Institute Tübingen, Germany) presented data from animals studies that aimed to distinguish the effects of hyperacusis from those of tinnitus and hearing loss. Her laboratory previously developed a behavioral animal model of tinnitus (Ruttiger et al. 2013; Singer et al. 2013). With this model, certain biomarkers could be used to distinguish equally hearing-impaired animals with and without tinnitus. These biomarkers included molecular changes in hair cells and their synapses, changes in the number of auditory fiber numbers, changes in activity-dependent plasticity genes, and several physiological changes, including tests of outer hair cell function, summed auditory nerve activity, suprathreshold early and late sound-evoked response amplitudes, and field potentials. For reviews see Knipper et al. (2015), Knipper et al. (2013), and Ruttiger et al. (2017). Building on this work, Knipper’s laboratory has now developed an animal model for hyperacusis. It is known that exposure to a very intense noise often, but not always, leads to tinnitus and/or hyperacusis in humans. In Knipper’s laboratory, animals were exposed to the type of noise that produces tinnitus and/or hyperacusis in humans. It seems reasonable to assume that some animals exposed to the noise will develop tinnitus and/or hyperacusis, and some will not. Despite no distinguishable hearing threshold difference (based on the measurement of auditory brainstem responses), it was found that the animals could be subdivided on the basis of behavioral measures into groups with (i) no tinnitus and no hyperacusis, (ii) tinnitus but no hyperacusis, (iii) hyperacusis but no tinnitus, and (iv) tinnitus and hyperacusis. The results also confirmed what has been reported previously for men and rodents: hyperacusis is not primarily linked to an elevation of hearing thresholds or impairment of outer hair cell function. Rather, whether or not hyperacusis and tinnitus occur is related to differences in central responsiveness to peripheral auditory fiber damage. The findings also indicate that differences in central responsiveness linked with tinnitus and hyperacusis are associated with differences in a memory reinforcement system that is involved in strengthening auditory circuits. Moreover, the findings support a crucial role of the history of stress levels in driving central adaptive responses to peripheral neuronal impairments that lead to tinnitus or hyperacusis (Singer et al. 2013). The differences in central response pattern observed between animals with various combinations of hyperacusis and tinnitus are currently being compared with features in defined patient groups with matched degrees of hearing loss. 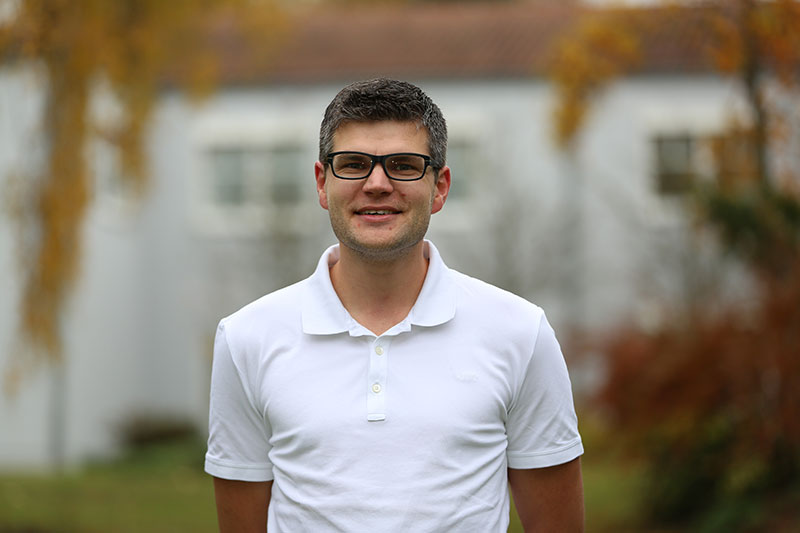 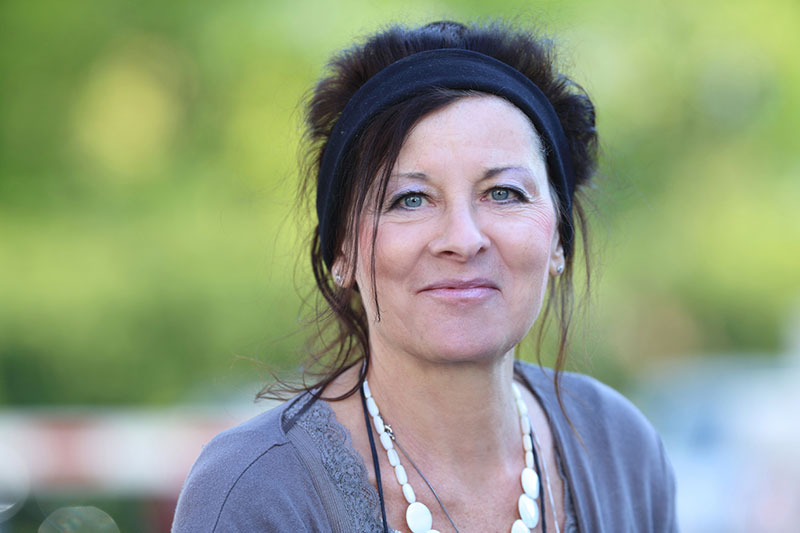 Martin Schecklmann (Department of Psychiatry and Psychotherapy, University of Regensburg, Germany) described earlier work of his group demonstrating that hyperacusis as indicated by screening questions from the Tinnitus Research Initiative database (Landgrebe et al. 2010; Langguth et al. 2007) is associated with specific demographic, tinnitus, and clinical characteristics (Schecklmann et al. 2014). For example, patients with chronic tinnitus and hyperacusis (in contrast to patients with only tinnitus) were more seriously handicapped, showed a higher influence of stress on their tinnitus, and rated the pitch and loudness of their tinnitus as higher and their hearing function as worse. However, measures of tinnitus pitch, tinnitus loudness and hearing thresholds did not reveal group differences. In another work Schecklmann et al. (2015) validated the screening questions of the Tinnitus Research Initiative (TRI) database (Landgrebe et al. 2010; Langguth et al. 2007) by using the German hyperacusis questionnaire “GÜF” for a sample of patients with chronic tinnitus, some of whom also had hyperacusis (Nelting et al. 2002). The original proposed factor structure of the GÜF could not be replicated. Factors of the GÜF for this sample of patients were found to be quality of life, hearing difficulties, and fear-pain hyperacusis. These factors match well with the characteristics of patients with hyperacusis as determined using the TRI database analysis (Schecklmann et al. 2014). Relative to patients with tinnitus alone, patients with hyperacusis were more seriously handicapped and had a reduced quality of life. The latter also reported that their tinnitus was more strongly modulated by stress induced by emotional factors. These findings highlight the need to consider hyperacusis subtypes both in clinical settings and for scientific work.

Schecklmann then presented preliminary data on resting state electroencephalography (EEG) for a sample of 42 patients with chronic tinnitus, some of whom also had hyperacusis. The aim of this work was to assess whether those without and with hyperacusis had different resting state brain oscillatory activity. This was done by determining the correlation between scores for single items of the GÜF and the amount of EEG activity in different frequency bands. Theta activity in bilateral temporal and frontal areas was correlated with emotional aspects of the GÜF, central beta3 activity was correlated with quality of life, and gamma activity over all sensors was correlated with hyperacusis in general. These findings corroborate the existence of hyperacusis subtypes on a phenotypic and neuronal level. EEG might be helpful in disentangling different forms of hyperacusis for patients with chronic tinnitus.

Hearing loss, hyperacusis, or tinnitus: What is modeled in animal research?

The neuroscience of tinnitus.

Advances in the neurobiology of hearing disorders: Recent developments regarding the basis of tinnitus and hyperacusis.

The Tinnitus Research Initiative (TRI) database: a new approach for delineation of tinnitus subtypes and generation of predictors for treatment outcome.

[The assessment of subjective distress related to hyperacusis with a self-rating questionnaire on hypersensitivity to sound].

Loudness changes associated with the perception of an auditory after-image.

Ringing ears: the neuroscience of tinnitus.

The reduced cochlear output and the failure to adapt the central auditory response causes tinnitus in noise exposed rats.

Phenotypic characteristics of hyperacusis in tinnitus.

Validation of Screening Questions for Hyperacusis in Chronic Tinnitus.