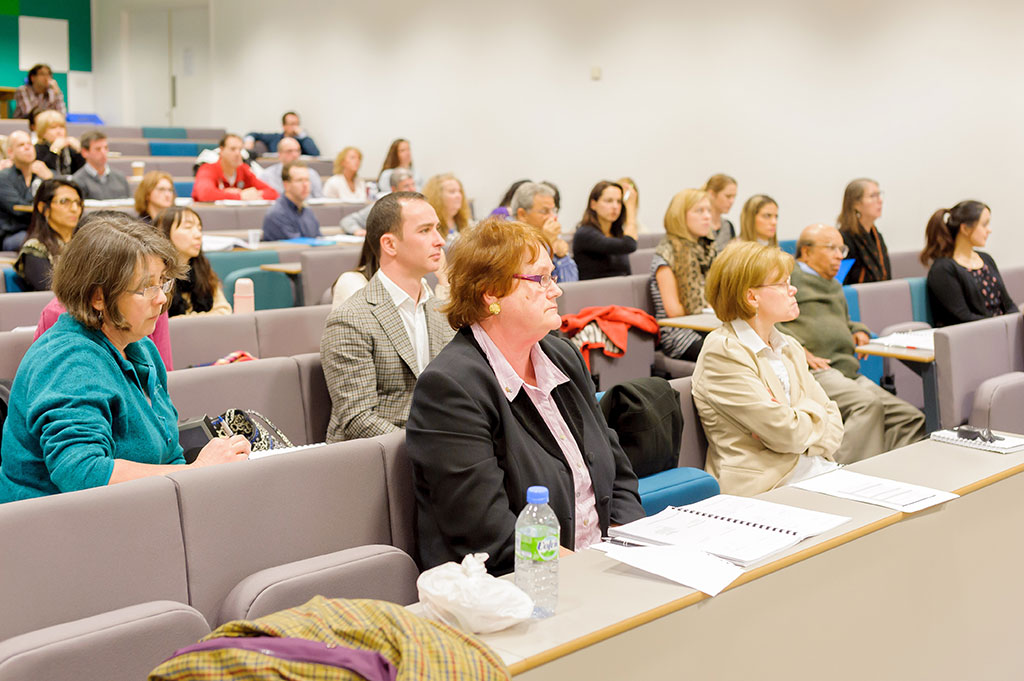 Noise sensitivity is a personality trait characteristic involving underlying attitudes towards noise in general (Anderson 1971; Stansfeld et al. 1993). It refers to the physiological and psychological internal states of the individual, which affect the degree of reactivity to noise (Job 1999). Noise sensitivity aggregates in families; the presence/absence of noise sensitivity is higher for first-degree relatives than for the general population, with heritability estimated as 36% (Heinonen-Guzejev et al. 2005). Noise sensitivity is a predictor of noise annoyance (Stansfeld 1992). Annoyance is a multifaceted psychological concept, covering immediate behavioral effects of noise, such as disturbance of concentration and interference with activities, and evaluative aspects like “nuisance”, “disturbance”, “unpleasantness”, and “getting on one’s nerves” (Guski et al. 1999).

Psychometric tools have been designed to assess noise sensitivity and annoyance (Bregman & Pearson 1972; Ekehammar & Dornic 1990; Kishikawa et al. 2006; Weinstein 1978). Examples include Weinstein’s noise sensitivity scale (WNS) (Weinstein 1978) and the noise annoyance sensitivity scale (Bregman & Pearson 1972). Although these questionnaires have been widely used in public health, occupational health, and environmental research, they have not been used in clinical settings for patients with hyperacusis. Most of the items on these questionnaires were developed to assess the individual’s attitude towards noise, with a focus on the impact of environmental noise as opposed to assessment of the severity of sensitivity to sound and its impact on the individuals’ quality of life; the latter are needed in the clinical assessment of patients with hyperacusis. Nevertheless, it seems that individuals with high noise sensitivity exhibit similar symptoms to patients with hyperacusis (Baliatsas et al. 2016; Landon et al. 2012).

In some medical reports, mainly in the literature related to traumatic brain injury and post-concussion syndrome, the terms noise sensitivity and hyperacusis have been used interchangeably to describe intolerance to sound (Attias et al. 2005; Landon et al. 2012). Viziano et al. (2017) reported a strong correlation between scores on the WNS and scores on the HQ for a group of patients affected by multiple chemical sensitivity (r = 0.9, p<0.01). 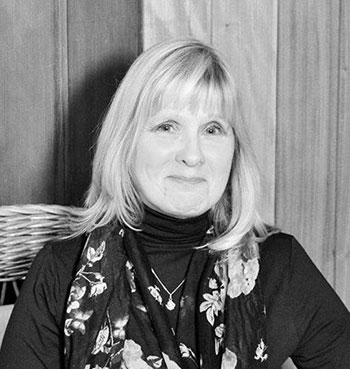 Marja Heinonen-Guzejev (Department of Public Health, University of Helsinki, Finland) discussed neurophysiological studies of noise sensitivity. Similar to hyperacusis, a comprehensive model of the mechanisms underlying noise sensitivity is lacking. Both psychological and biological factors may be involved. Noise-sensitive individuals seem to exhibit less sensory gating than noise-resistant individuals (Shepherd et al. 2016). Marja Heinonen-Guzejev discussed a recent study conducted at the University of Helsinki that assessed neuronal sound processing in relation to noise sensitivity using combined electro- and magnetoencephalography (EEG and MEG) (Kliuchko et al. 2016). Subjects were tested using a fast multifeature mismatch negativity (MMN) paradigm that included six types of sound feature deviations from a reference sound (a piano tone). The MMN can be used to assess sound discrimination accuracy (Naatanen 2001). Subjects with high noise sensitivity had smaller P1 amplitudes than less noise-sensitive subjects, suggesting that the former may have difficulties with sound feature encoding. Furthermore, their MMN, a response that reflects deviance detection, was diminished. This was especially apparent for a deviant with increased noisiness. Noise sensitivity was specifically related to the processing of noise-like properties, but not other features. The results of this study indicate that at least two stages of pre-attentive cortical sound processing are affected by noise sensitivity. The functional changes in the auditory system observed for noise sensitive individuals could result from the susceptibility of their central auditory system to detrimental noise effects. Studying the neuronal mechanisms of sound processing may help in understanding the origin of noise sensitivity (Kliuchko et al. 2016). 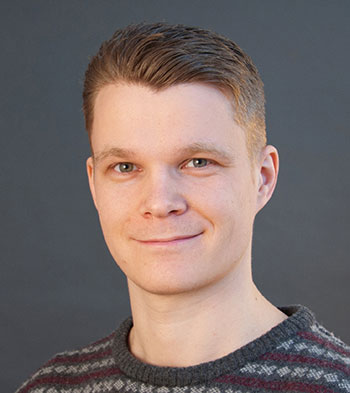 Johan Paulin and Linus Andersson (both from the Department of Psychology, Umeå University, Sweden) presented preliminary results from an ongoing noise-exposure study, inspired by studies of chemical intolerance (often referred to as odor hypersensitivity). Individuals with chemical intolerance differ from healthy controls in how they rate the perceptual properties of and react to odorous exposure, especially after extended exposure (Andersson et al. 2016; Andersson et al. 2017). Paulin and Andersson assessed whether individuals with noise sensitivity react to extended white noise exposure in a way that is comparable to how people with chemical intolerance react to smells. Participants with and without self-reported noise sensitivity were screened for hearing deficits, fitted with electrodes to register their pulse, and seated inside a sound-attenuating chamber. Following 11 minutes of silence, white noise was gradually increased in level for nine minutes and then held constant at 60 dB SPL during the remaining 25 minutes of the session. Gradually changing stimuli were used to remove the availability of perceptual anchors. Without the possibility of anchoring ratings to an unchanging stimulus, possible perceptual changes due to sensitization and habituation processes were arguably enhanced. 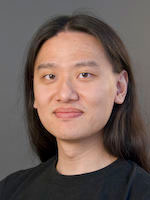 Paulin and Andersson discussed two ways of analyzing the data. One method was to assign participants to high, intermediate and low noise-sensitivity groups based on their self-reported problems in daily life, as assessed with the WNS (Weinstein 1978). The high-sensitivity group rated the exposure as more intense, unpleasant and symptom-eliciting than did the low sensitivity group, with the intermediate sensitivity group giving intermediate ratings. The high noise-sensitivity group had lower heart rate variability throughout the session, which is an autonomic nervous system measure of distress (Thayer & Sternberg 2006). The other method of analysis involved assigning participants to three groups according to the rated unpleasantness of the white noise. The outcomes were similar to those found in the first analysis, but the effect sizes were generally larger. Those who regarded the white noise as least unpleasant also rated the noise as decreasing in magnitude over time, which can be interpreted as a form of perceptual adaptation or habituation. This effect did not occur for the other two groups. Finally, there was a tendency for those who rated the noise as unpleasant to rate the smell inside the chamber as more intense than did the other two groups.

In summary, the preliminary analyses revealed considerable variability between individuals, not only in terms of affective responses and symptoms but also in terms of the perceived intensity of the noise exposure. However, assigning participants to different groups in terms of noise sensitivity is not a trivial matter, and different ways of assigning participants can lead to different outcomes. Given the overlap between noise sensitivity and chemical intolerance (Palmquist et al. 2014), the similarities in other measures of distress (Paulin et al. 2016), and comparable responses to extended exposure, Paulin and Andersson suggested that it may be fruitful to look for intolerances other than to sound in hyperacusis patients.

The measurement of attitude to noise and noises

Dysfunction of the auditory efferent system in patients with traumatic brain injuries with tinnitus and hyperacusis.

The concept of noise annoyance: how international experts see it.

Noise sensitivity as a factor of influencing human reaction to noise.

A window into the brain mechanisms associated with noise sensitivity.

The perception of speech sounds by the human brain as reflected by the mismatch negativity (MMN) and its magnetic equivalent (MMNm).

Overlap in prevalence between various types of environmental intolerance.

Characteristics of hyperacusis in the general population.

Individual differences in reactions to noise: a longitudinal study in a college dormitory.